Namibia is undoubtedly one of Africa’s premier safari destinations, a landscape of striking contrasts, endless beauty and abundant wildlife. What makes Namibia such an ideal adventure destination is its ease of travel, with the best road infrastructure in Africa and 95% of the country having mobile phone coverage, Namibia is a great starting place from where to explore the magic of Africa. Often described as other-worldly’, Namibia is a place for adventure; a place to relish the freedom of the wind in your hair, the sun on your back; a place to embrace a truly unique journey…

Whether your interest is in wildlife, landscape, adventure, people or culture, your days here will be filled with plenty of sunshine, beautiful sights and unforgettable experiences found nowhere else on earth. Visit Namibia specializes in tours for:

There are a few things that make Namibia truly unique – don’t forget to add them to your Namibian Bucket list.

Did you know that Namibia is the second least populated country in the world!

December to February is Namibia’s wet season with most of the rain falling during this time. The days are warm and sunny, with the weather building up over the day and then the showers come and go. Due to the ample water supply, the wildlife is spread over a  larger area, making it harder to spot wildlife.

March to May is great as the weather is moving towards winter when it gets drier and not as hot as the summer period. This is also rather a quiet season so you can make the most of low season rates.

June to August is winter and the driest time. Daytime temperatures drop and nights can get down to freezing. It’s also the busiest time of the year and you need to make bookings at least a year in advance.

Come September temperatures begin to warm again, with occasional thundershowers building in late October and early November. Also, a lovely time to travel as the weather is more pleasant and spring is literally in the air.

Windhoek (pronounced with a “V”, not a “W”) is the capital city of Namibia. The city is almost exactly in the country’s geographical centre, making it the main tourist arrival hub. The majority of itineraries will require an overnight here mainly due to international flight times. Windhoek has a pleasant mixture of Germany styled historic buildings, alongside modern high-rise office complexes. The City has plenty of modern shopping malls as well as an African Curio Market located in the POST Street Mall. The city has a number of attractions (enough to fill a full day city tour), good shopping and restaurants for overnight stays. Keep in mind that Hosea Kutako International airport (code WDH) is located 40km outside the city.

This seaside town is the adventure hub of Namibia and a stopover in almost all our tour plans. With a quintessential 1890s German village style, it is located between the desert and the sea. Originally a landing station for the German Imperial Navy, it is well known for adventure activities including quad biking on the sand dunes and skydiving. A half-day activity to find desert-adapted creatures (snakes, spiders, etc) is highly recommended. Visitors can also set out on a boat from the neighbouring town of Walvis Bay to look for pods of dolphins. It is also easy to access Sandwich Harbour from here, a highlight for birders with more than 200,000 birds including flamingos, cormorants, and pelicans. See some of our favourite activities here.

Twyfelfontein is a UNESCO World Heritage Site found in north-west Namibia. The site is less than 1 km² in size yet has the largest concentration of rock art and engravings in Africa. Mostly created by San hunter-gatherers, the art is estimated to be over 10,000 years old and created over thousands of years. Roughly 2,500 individual engravings can be found on over 200 slabs of rock, and 13 panels of rock paintings. The site is essentially an ‘open-air gallery’, with four primary routes. The art contains over 100 rhinos and more than 200 giraffes, plus elephants, oryx, ostrich, zebra and – remarkably – a seal –  keep in mind the ocean is over 100km away!

Great White Place, Etosha National Park is 22,270 km² in size, making it bigger than all of Israel. 5,000 km² of this area is made up of saline depressions or ‘pans’ – hence the name great white place and the rest is made up of grassland, woodland and savannah many natural waterholes. The park is home to over 114 mammal and 340 bird species, you can see 4 of the 5 Big 5 (excluding the Buffalo).  Etosha is well known for its rhinos as well as desert-adapted elephants and endemic black-faced impala. Other desert-adapted animals include oryx and Hartmann’s mountain zebra. Predators including cheetah, lions and leopard can also be seen. There are a few high-end lodges located on private reserves bordering the park and a number of campsites within the park itself.

Located in one of the biggest National Parks in Africa, the Namib-Naukluft Park. Access to Sossuslvei is via the Sesriem gate, roughly 60m away from the Sossusvlei dunes. Sesriem Canyon is the result of years of erosion from the Tsauchab River and is roughly 1.5km long and 30m deep. Given the time it takes to explore, it is often left to the ‘end of the day’ in an itinerary following a visit to Sossusvlei’s dunes. The red and orange dunes are among the world’s largest and can tower over 300m above the contrasting white salt pans below. The highest dune in Sossusvlei (‘Big Daddy’) measures 325 metres. Dune 45 is the most accessible dune and most photographed. Not far from Dune 45 is the salt pan of Deadvlei. These 900-year-old fossilised black tree skeletons stick out of a stark white pan and the site is a photographer’s dream.

Namib Naukluft National Park
This park is an ecologically protected area 49,800 km² in size (nearly twice the size of Israel) and located in western Namibia, the park has four distinct areas including the Namib Desert which is the oldest desert in the world and expands well beyond the borders of the park. Inside the national park is where the highest dune in Namibia (Dune 7) can be found. Sandwich Harbour is situated in the most northern part of the park and is easily accessible from Walvis Bay. Namib Naukluft is also home to three main attractions of the country: Sossusvlei, Deadvlei and Sesriem

Kaokoveld is located in the far north-west of Namibia and is part of the Kunene Region. The area extends to the Kunene River on the northern border with Angola and west to the Atlantic Ocean. The scenes up here are dramatic and incredibly photogenic. The real highlight is the Himba Tribe, the last true nomads of Namibia who are easily recognisable due to their red skin and hair. Only a handful of operators have access to the Himba Tribes for tourism purposes. Access to this part of the country is very difficult and can be quite costly as it mainly requires private charter flights, however, it will most definitely be a highlight.

The Caprivi Strip is a little-known part of the country however can be considered the ‘Okavango Delta light’ due to the Zambezi and Kwando rivers which influence its landscape and climate. Getting up to the Caprivi can be difficult and is more easily accessed from neighbouring Zambia and Botswana. Time allowing, a visit here combines well with the desert/salt pan wilderness found in Etosha. There are three National Parks in the strip: Bwabwata, Mudumu and Mamili. The area is rich in flora and fauna with around 450 bird species and four of the big five (elephants, lions, leopards, and buffalos) plus crocodiles, hippos, a variety of antelope including sitatunga and lechwe, and even African wild dog.

Fish River Canyon is the largest canyon in Africa and the second-largest in the world after the USA’s Grand Canyon. Located in the furthest south, it is not often included in itineraries as it is out of the main tourist routes. Charter flights are possible but can be costly. The canyon is over 160km long, 27km wide and up to 550m deep, and ends at hot water spring resort, called Ai Ais. The Fish River (the longest in Namibia) then continues into the Orange River – the border with South Africa. Activities here are mainly hikes (from a half day up to 5-day adventures) as well as mountain biking and safari drives into the heart of the canyon.

Often referred to as ‘the world’s largest ship cemetery’, the Skeleton Coast is a unique part of Africa and best observed during a scenic flying safari. The weather can be harsh and due to the rough seas, regular thick fogs and exaggerated winds, it has been the final resting place for thousands of ships caught in the coast’s unpredictable currents. The name is also relevant as large numbers of whales have been stranded here and their bones can be found up and down the coast (a stretch of 500 km long and around 40km wide). Super for gloomy photography, the area is also home to animals including jackals (who prey on the Cape fur seals), brown hyena and even desert lions.

Located in the north-west of Namibia, Damaraland is home to some remarkable scenery, much of it rocky and rugged. It gets very hot up here in the summer and when it rains the dry riverbeds fill up quickly and dramatically. The desert landscape means very interesting flora and fauna many of which are desert-adapted (including the endangered Black Rhino and Desert Elephant). There are a number of highlights in this region which means a two-night stay is well worth including in an itinerary. It is here you will find the Brandberg Mountain (the highest mountain in Namibia), the Petrified Forest (a national monument that consists of 280-million-year-old petrified tree trunks) as well as the incredible rock art at Twyfelfontein. 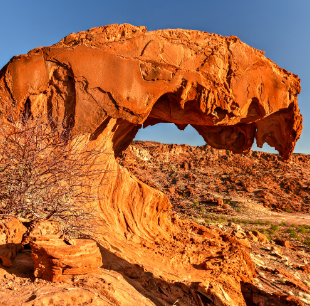 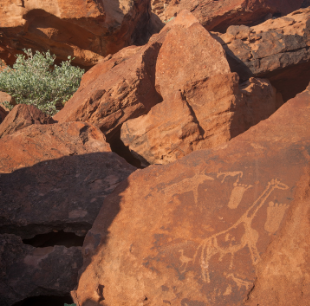 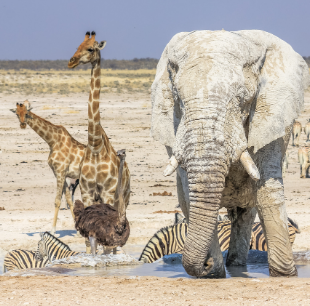 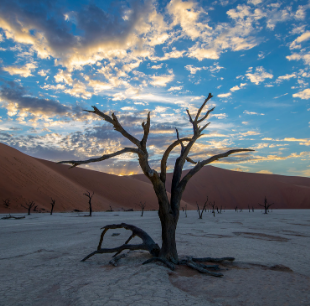 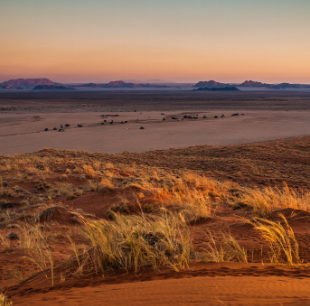 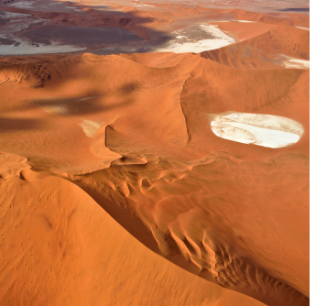 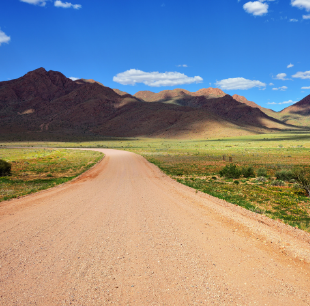 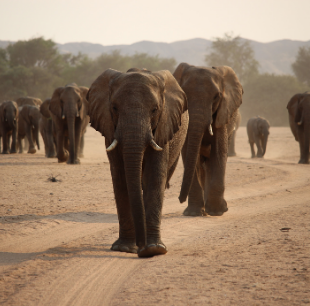 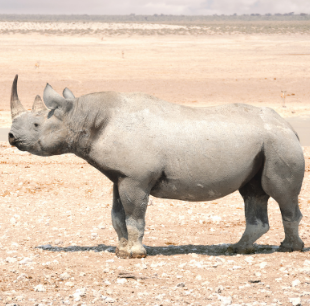 Make memories with us

We are a full service Destination Management Company, providing personalized tours and safaris to Namibia. We cater for medium to high-end travellers interested in Self-Drives, Guided or Fly-in Safaris. Our guests experience complete peace of mind, knowing their holiday is organized and planned by a boutique travel agency of Namibians living in Israel.

In cooperation with a carefully selected group of accommodation establishments and local operators, we give you an exceptional first-hand African experience, providing excellent, personal service right here in Israel.

Visit Namibia – taking care of every aspect that will make your Namibian visit special, memorable and hassle-free.

You don't have permission to register